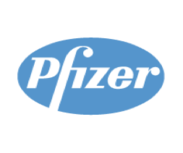 We gave Guy and the Promoveo Health team what I thought was an impossible task at the time. Staff a 45 representative specialty sales force within 4-5 weeks over the Thanksgiving / Christmas holidays. When I met the team at training in Dallas I was blown away at the quality. Guy and the Promoveo Health staff completely over delivered versus my expectations. We are a Medical Device company that has never used a Contract Sales Organization and I really didn't know what to expect. I value execution and Guy is an expert at execution...

I worked with Guy and the Promoveo Health team at my previous company and I was impressed with the quality of representatives that he and his team recruited. When I landed my new role I called Guy and told him that I needed his help finding me quality representatives. I am impressed at the attention and quality that I receive from Guy and his team even though I am just having them staff a few representatives each month. The responsiveness is amazing - I value someone that gives me their cell phone number and responds to emails... The cost of their recruiting service is extremely fair and frankly a lot less than using an executive recruiter. I will keep going back to Guy and the Promoveo Health Team.